Climate change now a matter of life and death

MPs on Parliament’s Environment Audit (EAC) have warned “higher temperatures which caused 2,000+ deaths in 2003 will be summer norm by the 2040s, making adaptation to heatwaves a matter of life and death.” The Met Office has projected that UK summer temperatures could regularly reach 38.5°C by the 2040s.
Fire at Saddleworth Moor 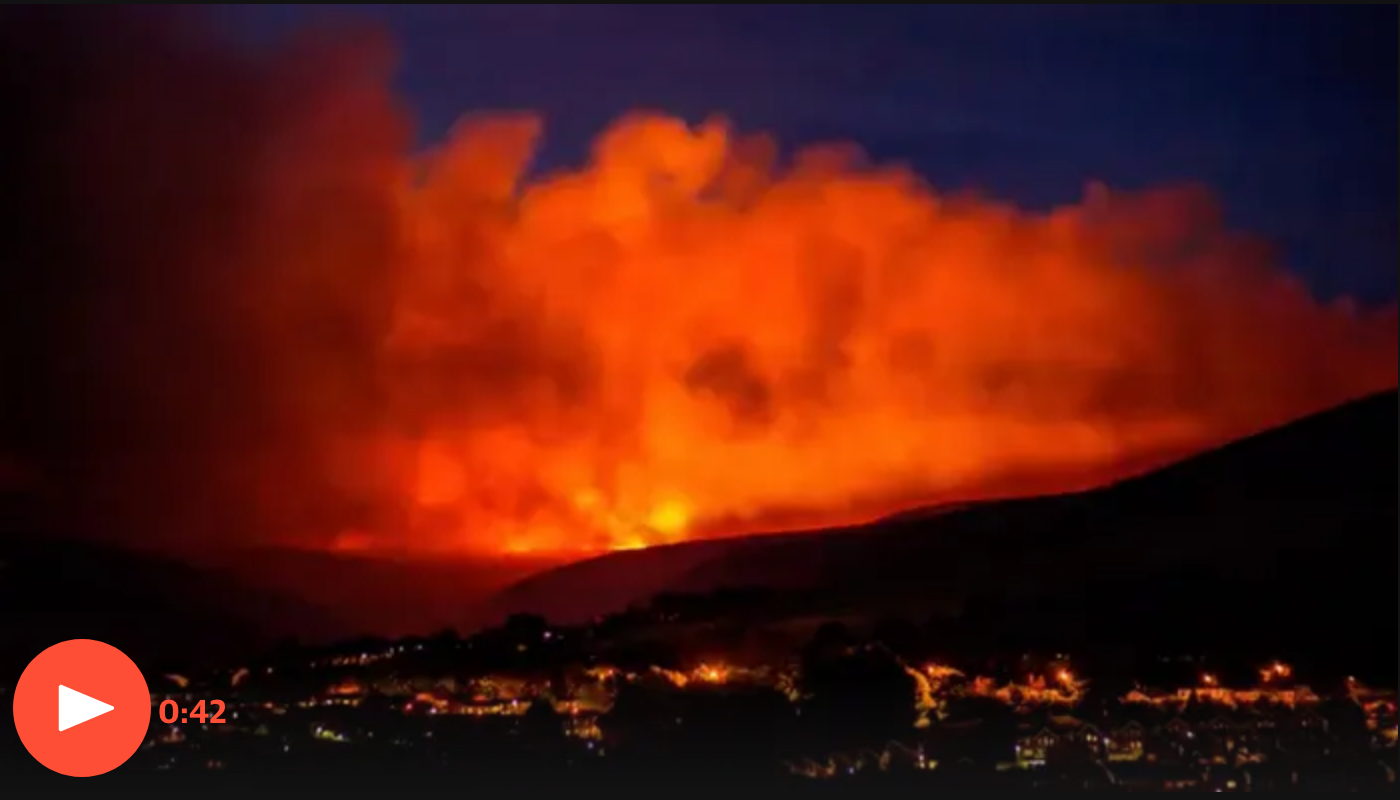 MPs on Parliament’s Environment Audit Committee (EAC) have warned that “higher temperatures which caused 2,000+ deaths in 2003 will be summer norm by 2040s, making adaptation to heatwaves a matter of life and death.” The Met Office has projected that UK summer temperatures could regularly reach 38.5°C by the 2040s. [note 1]

The report could not have been more timely, given the heat wave currently hitting England.

Mary Creagh MP, Chair of the EAC, said: “Heatwaves cause premature deaths from cardiac, kidney and respiratory disease. There will be 7,000 heat-related deaths every year in the UK by 2050 if the Government does not take action.”

Especially worrying is the fact that this heat wave is worldwide. Our last major heatwave in Britain was in 1976, but then it was quite cool elsewhere. But this time we see temperatures of 52°C in Death Valley, California, 51°C in Algeria and even 30°C in northern Siberia.

Scientists differ on whether the current global rash of heatwaves is definitely caused by climate change. But all agree that future heatwaves will be hotter and more frequent thanks to carbon emissions. [note 2]

Nic Ferriday of Ealing Friends of the Earth commented: “While Mary Creagh and a handful of MPs on EAC may be concerned, it seems that the vast majority of MPs just don’t want to know about climate change. They support policies that will make climate change even worse –

Nic added “It is not only MPs who are ignoring climate change. Hot weather is an especial problem in London where the ‘heat island’ effect makes things even worse. But councils such as Ealing are doing virtually nothing to address the problem – one can barely find mention of it on the council web site and there is no mention of climate in the responsibilities of any Ealing cabinet member. [note 5]

Climate change is now the biggest issue on earth and it is high time our MPs and councils step up to the plate and provide leadership on this issue.”