Conservative Party MPs have given their party members a choice between two candidates for the country’s next prime minister. The party’s approximately 160,000 members have to choose between former finance minister Rishi Sunak and former foreign minister Liz Truss.

Anyone who is concerned about the environment and is also a member of the Conservative Party (and therefore able to vote in the choice of PM), will want to look at both candidates’ environmental credentials very carefully. For example, promised tax cuts may be paid for with reduced environmental protection. We have attempted to summarise the environmental record and promises of each candidate below, which we hope will be of interest whether or not you have a vote.

Both Rishi Sunak and Liz Truss have poor climate records. Liz Truss has links to secretively funded climate sceptic groups while Rishi Sunak opposed climate spending as finance minister. However this could change in power, when faced by scientific and public pressure, backed by the recent high court ruling that the government’s net zero strategy was inadequate (giving ministers until March 2023 to make the numbers add up), and by the ever growing evidence such as this July’s heatwave. Unfortunately both candidates will also face pressure from climate-deniers within the Conservative party, like the self-styled ‘net zero scrutiny group’. Below we provide some detail about the candidates’ records and the promises they’ve made. 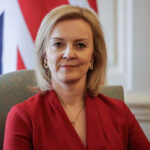 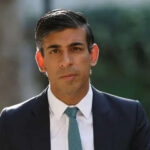 It’s difficult to say who would be the best (or least worst) candidate in terms of environmental policy, based on what we have been able to learn and given that we don’t really know what they would do in practice.

In terms of harm, the apparent enthusiasm of all the candidates for more nuclear power is astonishing given the spiralling costs and far better alternatives*. Just possibly, Rishi Sunak is the more cautious in this regard.

Friends of the Earth UK has provided a list of the environmental priorities that need to be addressed by the Conservative Party’s next leader.

* The latest UK offshore wind has a strike price of £37.35 per megawatt-hour (a new low), while the strike price of the Hinkley Point C nuclear plant being built has gone up from £89.50 to £106.12 per megawatt-hour. Nuclear is touted as a reliable back-up for renewables, but is unsuited as back-up as reactors cannot be swiftly turned on or off and need to be run continuously to achieve even the high strike price agreed. Nuclear is also hardly reliable: around half of France’s atomic fleet was taken offline in June 2022 for a variety of problems and by July only 46% were working as they couldn’t cope with the heatwave. Japan currently has only 10 of it’s 54 reactors working; almost all were switched off after the Fukushima disaster in 2011 and for over a decade only a handful and sometimes none at all have been operational.