Ealing Friends of the Earth members were just some of the demonstrators against the development of a new gasfield in the North Sea. These photographs were taken by Carol Dale during a demonstration in May against the Jackdaw field to be development by Shell.

Unfortunately, only days after this demo, the government gave final regulatory approval to the development of the gasfield.

According to a recent scientific study quoted in The Guardian newspaper, nearly half of existing fossil fuel production sites need to be shut down early if global heating is to be limited to 1.5C, the internationally agreed goal for avoiding climate catastrophe. 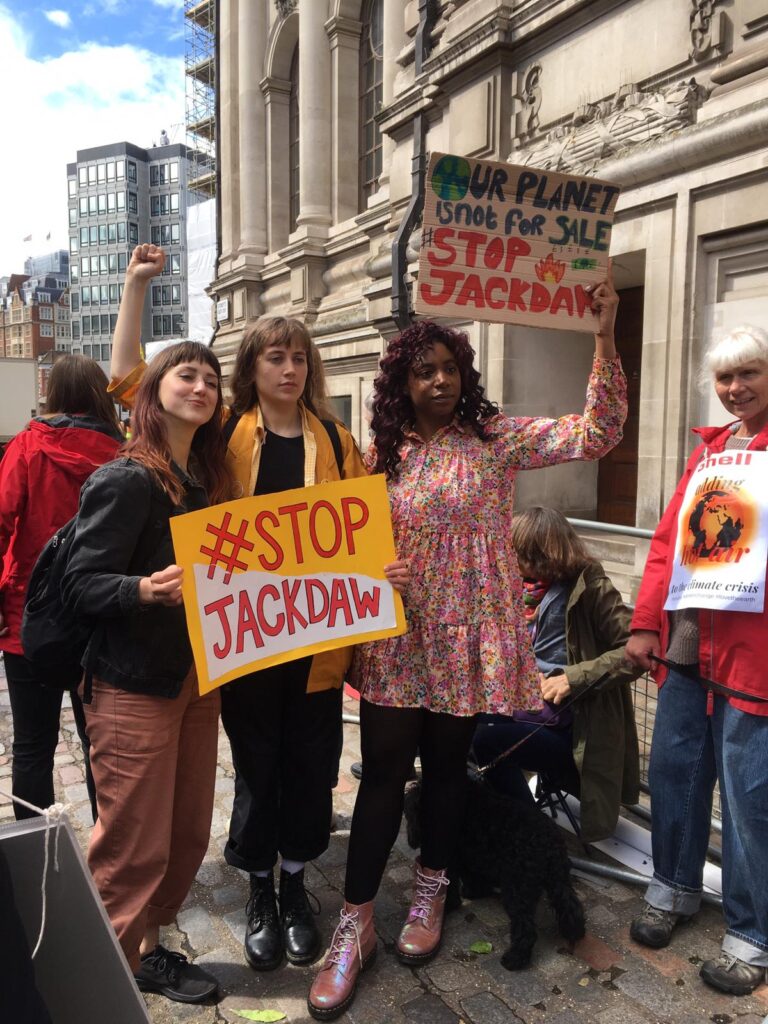 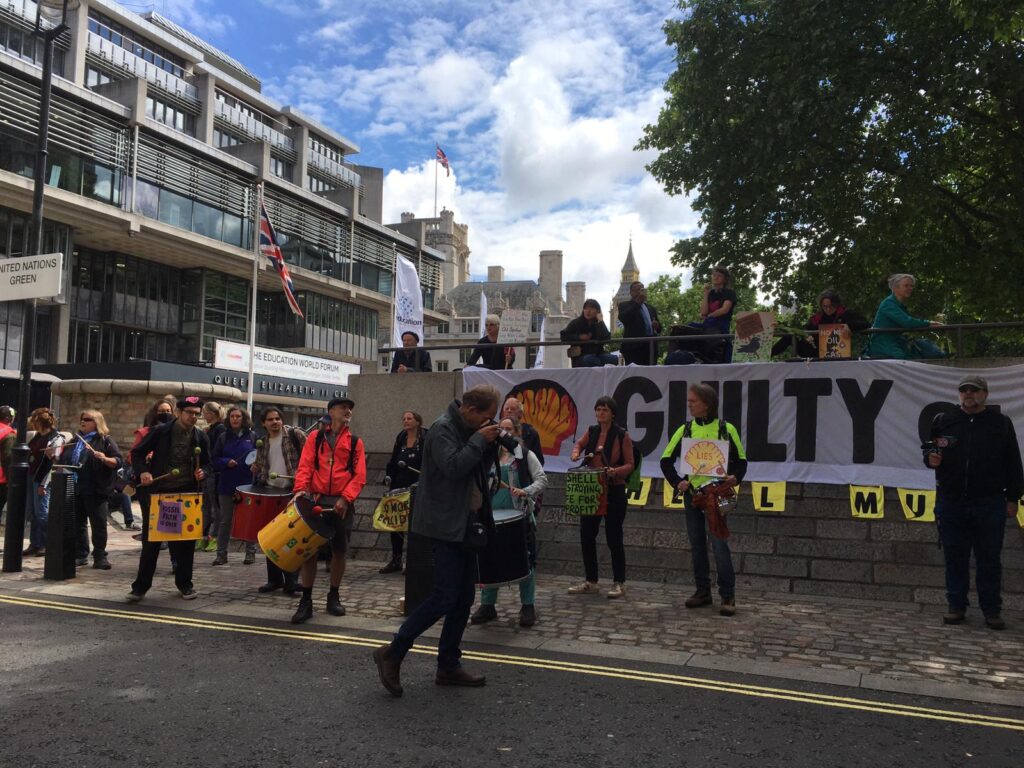 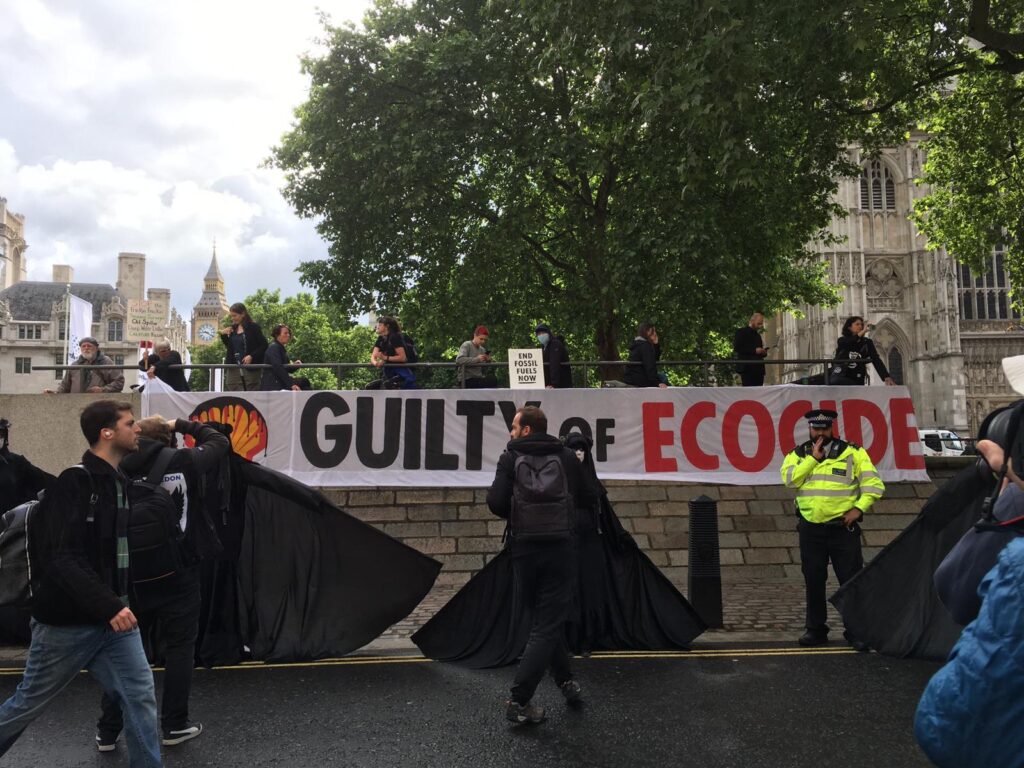