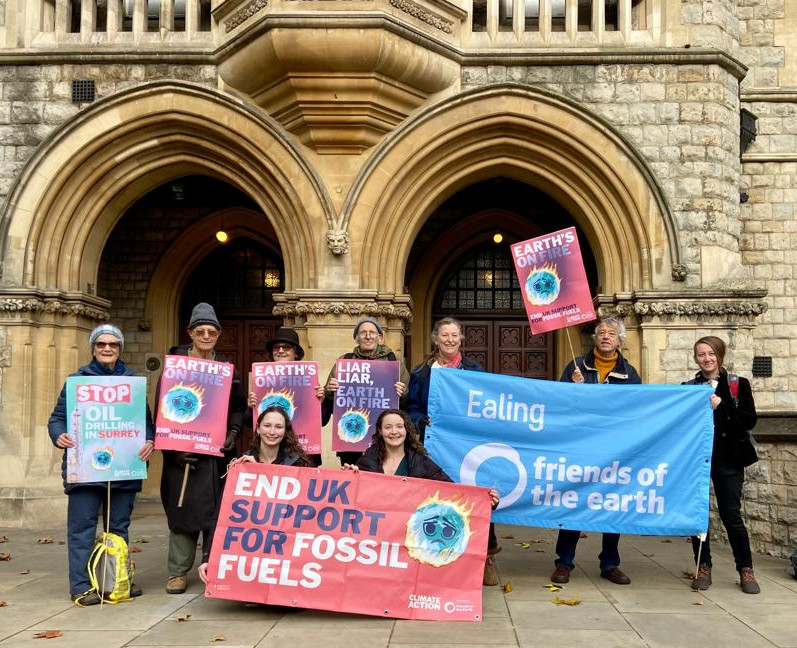 Ealing Friends of the Earth outside Ealing Town Hall to support the Global Day of Action for Climate Justice on Saturday 6 November 2021.

Hundreds of thousands took to the streets in the UK and across the world to urge world leaders meeting at the UN COP26 climate conference in Glasgow,  to agree on effective and urgent action to tackle the crisis.

Everything you need to know about the COP26 climate conference in Glasgow! As climate change continues to worsen with more and more heat waves, fires and floods, what are world leaders looking to achieve at COP26?

A selection of videos giving more background about climate change are available here. 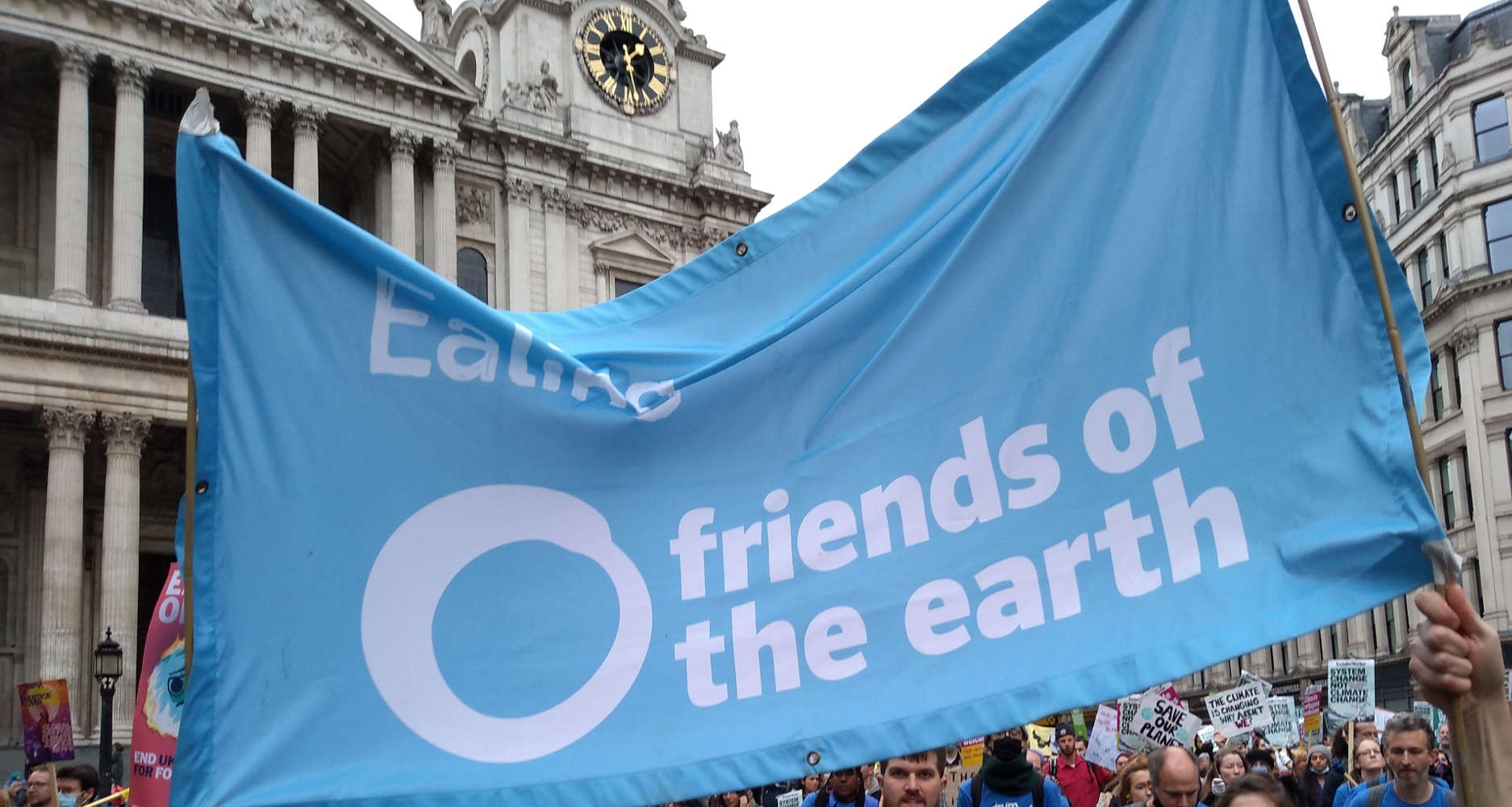 Ealing Friends of the Earth members then joined the thousands of people that attended the central London march.

The largest UK march was in Glasgow where the international COP26 conference is taking place. 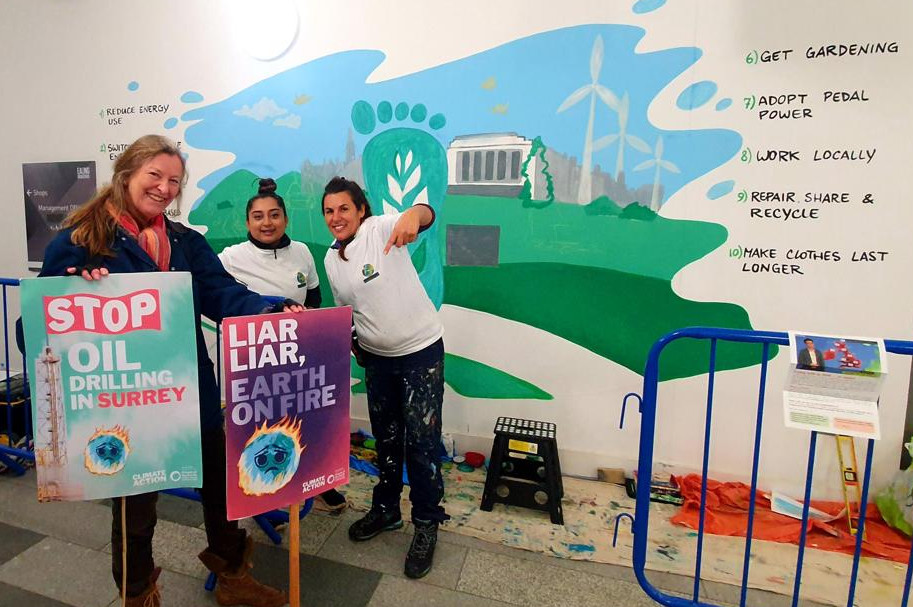 During the run up to the COP26 conference, Ealing Friends of the Earth have distributed thousands of leaflets explaining the danger of climate catastrophe, as highlighted here by our own UK Met Office forecast of the extreme weather London can expect in future years. We have also organised a hustings during the GLA election, promoted a poster competition for schools,  given talks in schools, run stalls in colleges & on the street, and met with Ealing councillors and MPs.