Ealing Friends of the Earth member Denis Postle, veteran documentary film director, therapist, writer and musician.­ has produced a new video in his series of films about the climate emergency. The Climate Tsunami shows the Earth telling us where we are with climate heating and where it might be taking us.

A special screening took place in Ealing on 26 January 2019, in an evening of film, music and conversation, intended to trigger further discussions about what’s happening to the planet.

Watch the video below. 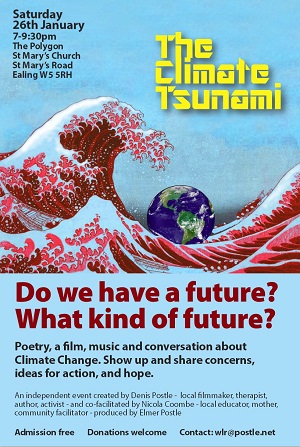